by Thea Harrison
Source: Library
Goodreads – Amazon – All Romance
When Grace Andreas’s sister, Petra, and her husband are both killed, Grace inherits the Power and responsibilities of the Oracle of Louisville, as well as her sister’s two young children–neither of which she is prepared for. Then Khalil, Demonkind and Djinn Prince of House Marid, decides to make himself a part of the household both as guardian and counterpoint to Grace’s impudence towards the Elder Races. 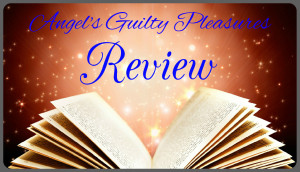 Oracle’s Moon is book four in the Elder Races series by Thea Harrison. This is one of my favorites next to Dragon Bound in this series and I’ve already read it twice. I love it!

Oracle’s Moon picks up immediately following the conclusion to Serpent’s Kiss and there are a few references from the previous book; however they are vague and enough that you don’t feel lost if you have not read the other books yet.

Khalil, a Djinn Prince who does not think to highly of humans, but is fascinated by Grace and he can’t understand why. He is one of my favorite males in this series. Little by little Graces and the kids knock down his attitude until he is teasing Grace as much as she is teasing him. His protective nature is completely sexy and after reading this book, I want more Djinn, maybe even one of my own.

Grace, is human, but also has a rear power among the witches plus the power of the Oracle. She is everything a heroine should be feisty, strong, compassionate and a survivor. After a very bad accident, gaining a Power she never wanted, and runny on very little money, she still keeps it together. You never hear her complain instead she tries to make the most of the situation.

These two have an interesting relationship and watch it grow and develop was fascinating.The sex was well written, powerful, and intense that I felt how life altering it was for these two. The children are cute and adorable with their own unique personalities which end up adding value to the story. There is also some light humor, that you will find yourself laughing at something that was said, when you never expected too.

Thea Harrison delivered a wonderful love story. There is action, danger, cameos, and romance. It has everything I like to read. And a great set-up for the next book. I highly recommend picking up this series. I hope the author will return to Khalil and Grace some day. I would love to see them again.