Fabulous, Amazing, & Outstanding Box Set. Well worth purchasing! We get such a verity of supernatural creatures and worlds in this Paranormal Romance Set.

This combination of authors is amazing. Each author is well worthing trying out. I have purchased the previous box sets they have combined to put out and loved them just as much as this new box set. 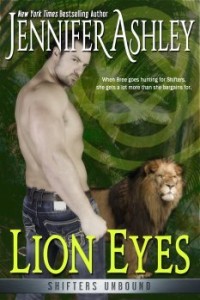 This is a quick read. The relationship moves fast, but when a shifter finds his/her mate, that is how it goes. All the characters are great and entertaining. I like the human shifter hook ups the best in this series. I also enjoyed returning to the Austin shifters and seeing what is happening in their world.

I loved Lion Eyes and if you enjoy reading about shifters, then you should pick up Jennifer Ashley. I highly recommend her Shifters Unbound series. It’s one, especially the novellas, that I read over and over again. 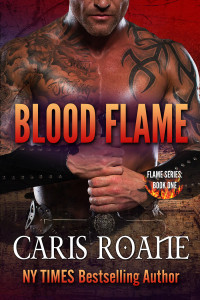 Blood Flame is book one in the Flame series by Caris Roane.

This one started out good, but the more I read the more some things just did not work for me. It is an interesting concept and world that these characters live in. There are five alter species, which are genetic mutations of some drug that runs free/un-checked, so the people are not changed by there choosing. We never find out how this drug got started and all these creatures vampires, witches, shifters, wizards, and fae got put into this world. There is a little world building and what we do learn is not nice. This world is dark and corruption runs deep in all five areas of the zones the supernaturals now live in. Many of the species do not play nice together. As for the storyline things move fast with the plot and the relationship between Connor, Vampire and Iris, Witch. These two have a strong attraction/pull to each other and they never full understand why they do. As relationships go this was fast-paced and not less then 48hrs into being together to solve who wants them dead, they are in love and a marriage proposal happens (a little farfetched for me).Also we get a lot of pinning over dead spouses and a life lost when they where changed into supernatural creatures.

Overall, Blood Flame was an ok read. It was not fully for me, but if you find the blurb intriguing you should give it a try. 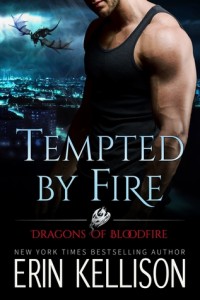 Tempted By Fire is book one in the Dragons of Bloodfire series by Erin Kellison. OMG, I love dragons and this novel had me hooked from begging to end.

I loved everything about this story. The writing is amazing, the world building is fantastic and the world is interesting. We get lots of surprises and unique characters. I had a good time with the mystery that brings Emerson and Thane together.

Emerson’s life has not been easy. She does not believe in dragons nor does she believe she is one herself, but she will be sucked into a wold that terrifies her and is deadly. As the death count rises secrets that have been long kept will finally be revealed. She is everything I enjoy in a heroine with her strong, fierce, and fiery personality. Thane is a Dragon and knows his time is limited, but he has one last thing he must accomplish before he gives into the dragon song. You feel his struggle, his loneliness, and determination to find justice. He is a true alpha.

Lots of action, a mystery, and romance. The attraction between Emerson and Thane builds up along the way as they both try to discover the truth. I liked how the author used Emerson’s naiveté. It brought depth to the story and her character. I also had a good time getting to know the secondary characters. Note:Their is a lot of violence in this dragon world more then I expected, but it did not detour me.

Tempted By Fire was an outstanding start to this new series. Dragon lover’s will enjoy! We get fantastic world building, lots of surprises, a mystery, and amazing characters. I can’t wait for the next book. 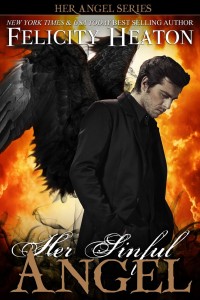 Lucifer is the king of Hell and a powerful warrior angel. We get the lowdown on Lucifer and by the end of this story, you feel for him. Nina, is a human; being used in Heaven’s games, but she does not know this. She has a sliver of dark insider her, which helped her to connect with Lucifer.

Both Lucifer and Nina have been betrayed, both have barriers around themselves, and they both try to keeping their emotions at bay. What each went through shaped them to be what they are now. They balanced each other out with the full on darkness/a little light in Lucifer to Nina’s full on light/with a sliver of darkness.

The plot was straight to the point. I was also surprised by something in the plot (not going to spoil it), but I did enjoy the surprise. I read this book in one shot. It was a quick and sexy read, something I needed and enjoyed.

It can be read as a standalone, but a few of the previous characters do show up. This is my second experience with Felicity Heaton’s Her Angel series and I thoroughly enjoyed meeting Lucifer and Nina. I plan on reading the others in this series, getting more familiar with the world, and cast of characters.

If you have not picked up Her Angel series, I recommend giving it a try. The Resurrection of Sam Sloan is a short novella #2.5 in the Beyond series by Erin Quinn. The author packed a fair amount of story into this little novella.

I was immersed. It’s a little dark, creepy, and fun. I have not read many books on Reapers, so it was a different change. Very much enjoyed!

Sam is not a bad guy, just a man trying to protect his family at all cost. The Reaper comes into play when Sam is dyeing and something unusual happens. He ends up getting himself stuck in Sam’s body. I liked the slow acclimation of the Reaper into Sam’s body. Maggie, she has lost so much in her life and held it all together as best she could. It was hard reading about her struggles, but in the end she found happiness.

The Resurrection of Sam Sloan is a unique story with an interesting concept and a little mystery. 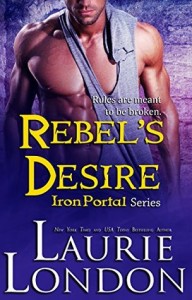 Rebel’s Desire is book four in the Iron Portal series by Laurie London. We are given a compelling world, plot, and characters.

I was pulled back into this fabulous and intriguing world. The concept is great with two worlds divided by hidden portals, one modern and one medieval. The Cascadians (medieval) have something the Pacificans (modern) want – Talents people with special abilities. These two separate worlds are waring with each other. The author does a deceit job explaining all of this, but I think the series is best read in order to get the full scope of what is going on.

Toryn, is part of the Cascadian Iron Guild and has some major trust issues after his love betrayed him. Falling for him is bound to have a few bumps along the way. Keely, is a Talent who grew up in the Pacificans world. She does not know the extent of her powers, but because of them her and her sister where cast out of their home as teenagers. She’s got daddy issues and her sister is missing.

These two end up working together and as they spend more time together they both learn to open up and heal. The romance is sweet and quick with some very hot and steamy moments. The author also features some familiar faces and that is always enjoyable.

Rebel’s Desire was a good read and I am looking forward to more installments in the Iron Portal series.

Redemption is book four in the Werewolves of Montana Mating Mini by Bonnie Vanak. This little book packs a fair amount of story into it.

I’ve tried Ms. Vanak Werewolves of Montana series and those did not impress or leave an imprint on me to read more, but the Werewolves of Montana Mating Mini series, at least this book Redemption, really drew me in. It was an intriguing tail that placed two determined people on a collision course with destiny and each other.

There where several areas that I got very emotionally involved and felt for both our leads Robert and Aurora. Robert runs hot and cold on his emotions, I get it, but it was very hard to read; especially how he acts towards Aurora at times. As for Aurora, the portrayal of her loneliness was magnificent and I felt deeply for her. We also get a few surprises, twist, and turns that add to the story.

The only thing I did not like are the wizards in this series. They seam cruel and petty.

Redemption was an emotional and captivating read. It can be read as a stand-alone.

This is a stand-alone short novel in the Gardella Vampire Hunter series. I tired, but could not get into this one. I’m not a fan of historical romances. The characters are vampire slayers and dark. Maybe I’ll try it again someday, but just to many other reading options.

Even thought Raging Dawn was not the book for me. If the blurb intrigues you, I urge you to give it a shot. Just because it did not work for me does not mean it won’t for you.

Was this review helpful? If so, please consider liking it on Amazon or Goodreads (Angela)!