Review: Scent of a Mate (Sassy Mates, #1) by Milly Taiden Scent of a Mate
Mission: Scent a Mate
Jordan Alvarez knew that a promise to her best friend involved staking out the local wolf pack’s scenting ceremony and recording the graphic details, but she was the writer and the only one with the balls to finish the task. No one would know that four human women had sneaked proof of their rituals, or at least, that was the plan until Aric Wolfe showed up.

Mission: Stake a Claim
Aric Wolfe knew his baby sister was up to something, and expected her best friend, Jordan, to be in on the chaos. He finally had an opportunity to lay claim to a mate that had been under his nose for years. Jordan’s scent called to both the man and the animal, and he was done fighting the call of the beast. It was time to mark his mate.

Mission: Survive an Alpha
When a good intention creates a problem for the Wolfe family, Jordan finds herself being stalked by a woman intent on claiming Aric as her own. Battle lines will be drawn, love will be put to the test, and Aric will have to fight Jordan’s strong personality to keep her alive. Two alpha hearts seeking control will either find the balance or risk losing their love forever.

Mature reader warning: Adult content including but not limited to: Violence and raw sexual language and actions. 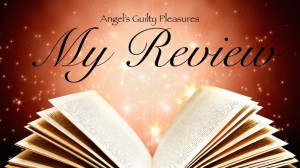 I picked this one up on a whim and was surprised by how well everything was portrayed, from the plot to the characters. We never had a dull moment and the author explains everything clearly that their is no misunderstand as to what is going on. I really enjoyed the scenting ceremony, how it was explained at the begin to the girls and wow baby Aric (fan myself) when he scents Jordan wow does it get (HOT) after. I loved it!

Scent of a Mate is book one in the Sassy Mates series by Milly Taiden. We get out of this world mind blowing hot sex, a little power play for mate states and a family that loves unconditionally.

Jordan I really liked off the bat. She is a strong women. A fighter. Life has not been fair to her and she does not easily love. Aric I really liked as well. Hot Alpha male who is not pushy unless he has to be to keep his woman safe. The growth in Jordan and Aric’s relationship was well portrayed. Aric did not pressure her and took his time breaking down her defense to win her love. They complemented each other. The sex scenes are steamy and well written.

This series looks promising. I really enjoyed this first installment into the Sassy Mates and I can’t wait to read how the rest of the brother’s do with their mates.